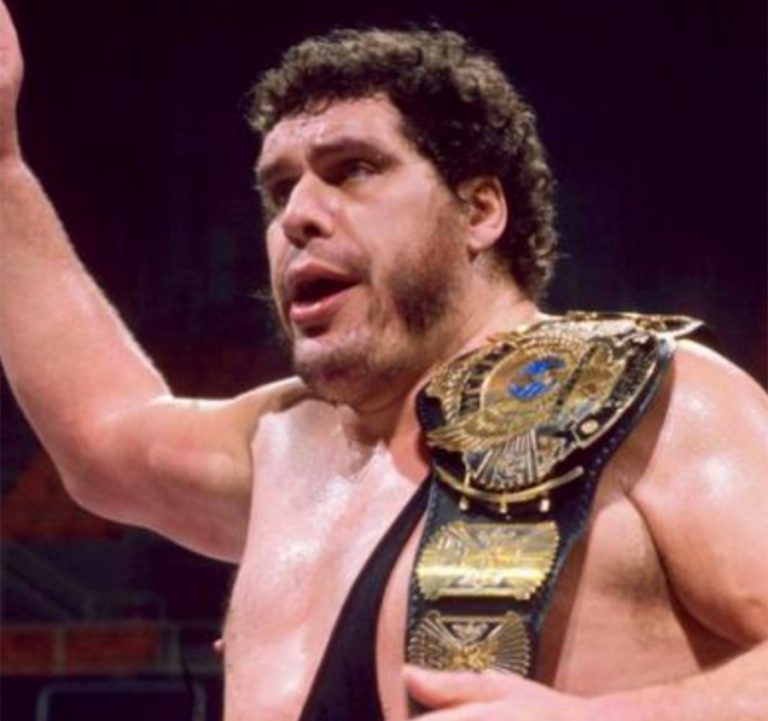 WrestleMania IV: Participated in the World Title Tournament. Received a bye into round 2 where he battled to a draw with Hulk Hogan - 3/27/88

One year after his passing, Andre was honored by his peers as the first inductee in the newly founded WWE Hall of Fame – a fitting end to a career of a Superstar so great, so monumental, and so larger-than-life itself, that his massive footsteps are permanently imprinted on the WWE Universe.